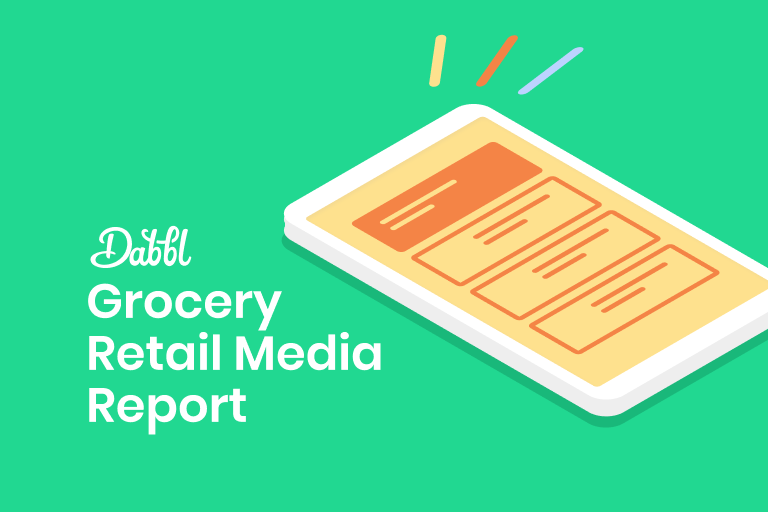 If, like many marketers, you are advertising — or considering advertising — on retailer’s websites and mobile apps (aka Retail Media), you want to better understand how consumers engage with this type of advertising.

In this report, discover how US consumers do their grocery shopping, how they use grocers’ websites and apps, how they engage with Retail Media ads on those digital properties and how it affects their purchasing behaviors. 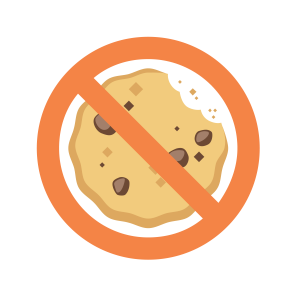 Changes to browsers, operating systems, privacy laws and other factors are rapidly changing the advertising landscape. The days are numbered for tracking consumers around the web via third-party tracking cookies and other third-party data.

This is great for consumer privacy, but tough for some marketers who are finding it more difficult to target their advertising and to measure its performance.

Some marketers, especially those at consumer packaged goods brands, are looking to advertise on retailers’ digital properties. AKA Retail Media.

Advertisers using Retail Media may gain better control over who they are reaching as well as more insights into their marketing’s influence on sales. This is often online sales measurement, but sometimes may include in-store sales measurement as well. 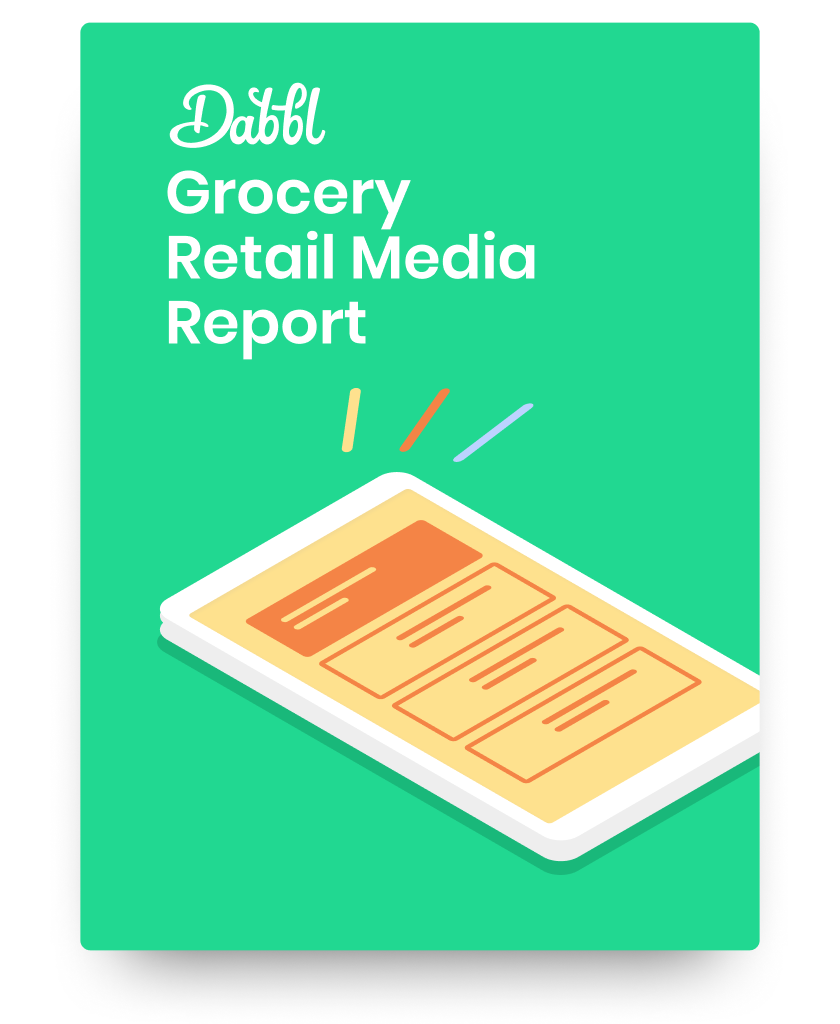 With that in mind, we wanted to better understand Retail Media from consumers’ perspectives. And specifically, we wanted to start with a top channel for consumer packaged goods: grocery retailers.

So we asked 1,018 US consumers their opinions on grocery shopping, grocers’ websites and apps as well as advertising they’ve experienced on those grocers’ digital properties.

We ran an experience on the Dabbl value exchange advertising and retail media platform used by brands and agencies to partner with consumers for marketing, consumer insights and measurement of online and in-store sales.

Dabbl helps brands like NIVEA® and Eight O’Clock Coffee have rich engagements with shoppers of retailers such as Amazon, Walmart and ShopRite and then measure online and in-store sales. The platform can also drive deeper engagement for your CitrusAd retail media ads.

Let’s dive into what consumers had to say…

How Consumers Feel About Grocery Shopping

We started with the big picture.

Despite conventional thinking which often paints grocery shopping as a necessary, but unpleasant, chore, a majority of the one thousand respondents (62%) said they enjoy grocery shopping. 10% said they don’t enjoy it while 28% were neutral on the matter. 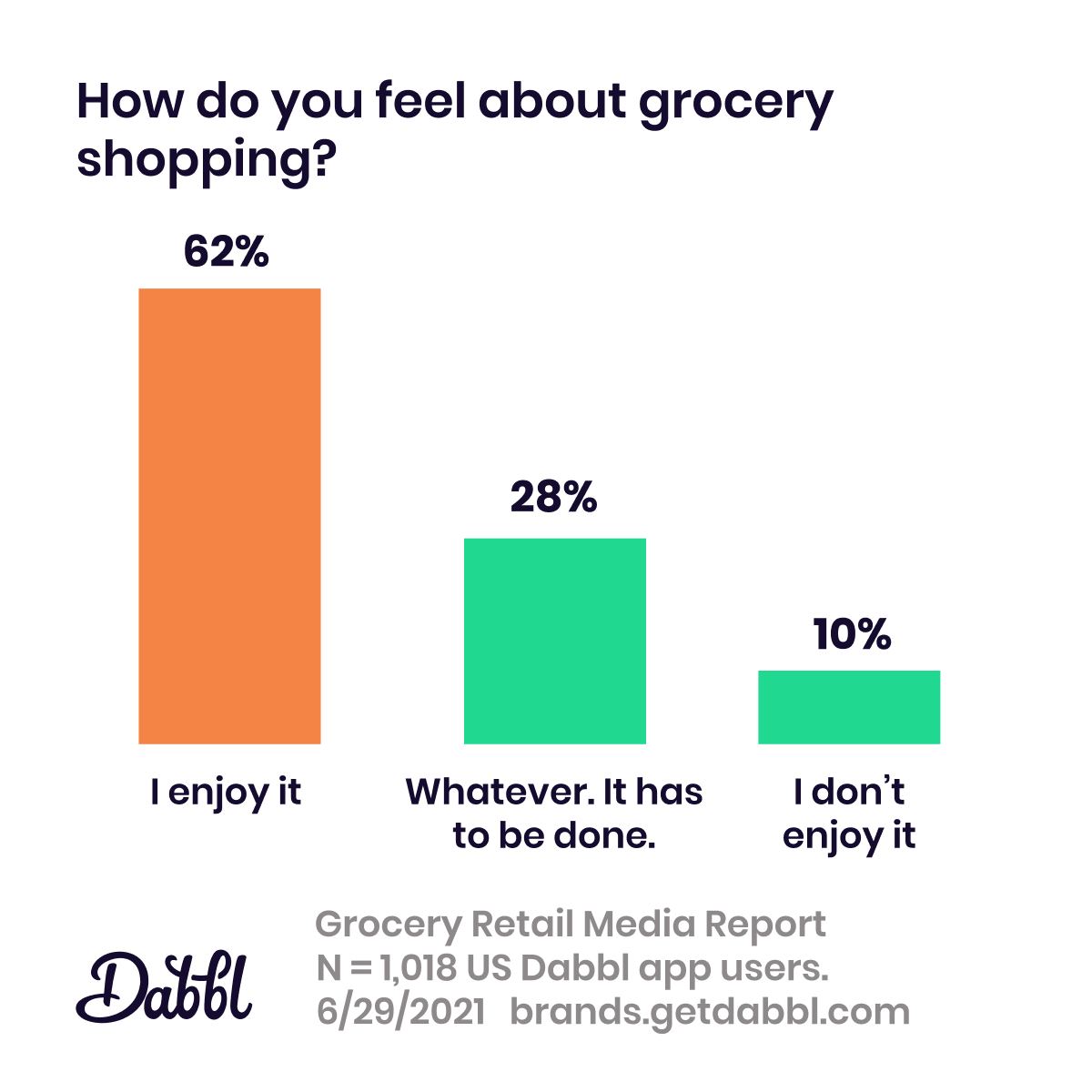 While some (22%) US consumers are loyal to a single grocery chain, an overwhelming majority (three out of four) shop online or in-store at 2 or more grocery chains within a given month.

Four in ten consumers (40%) shopped at 2 grocery store chains within the previous month, while 35% shopped at 3 or more. 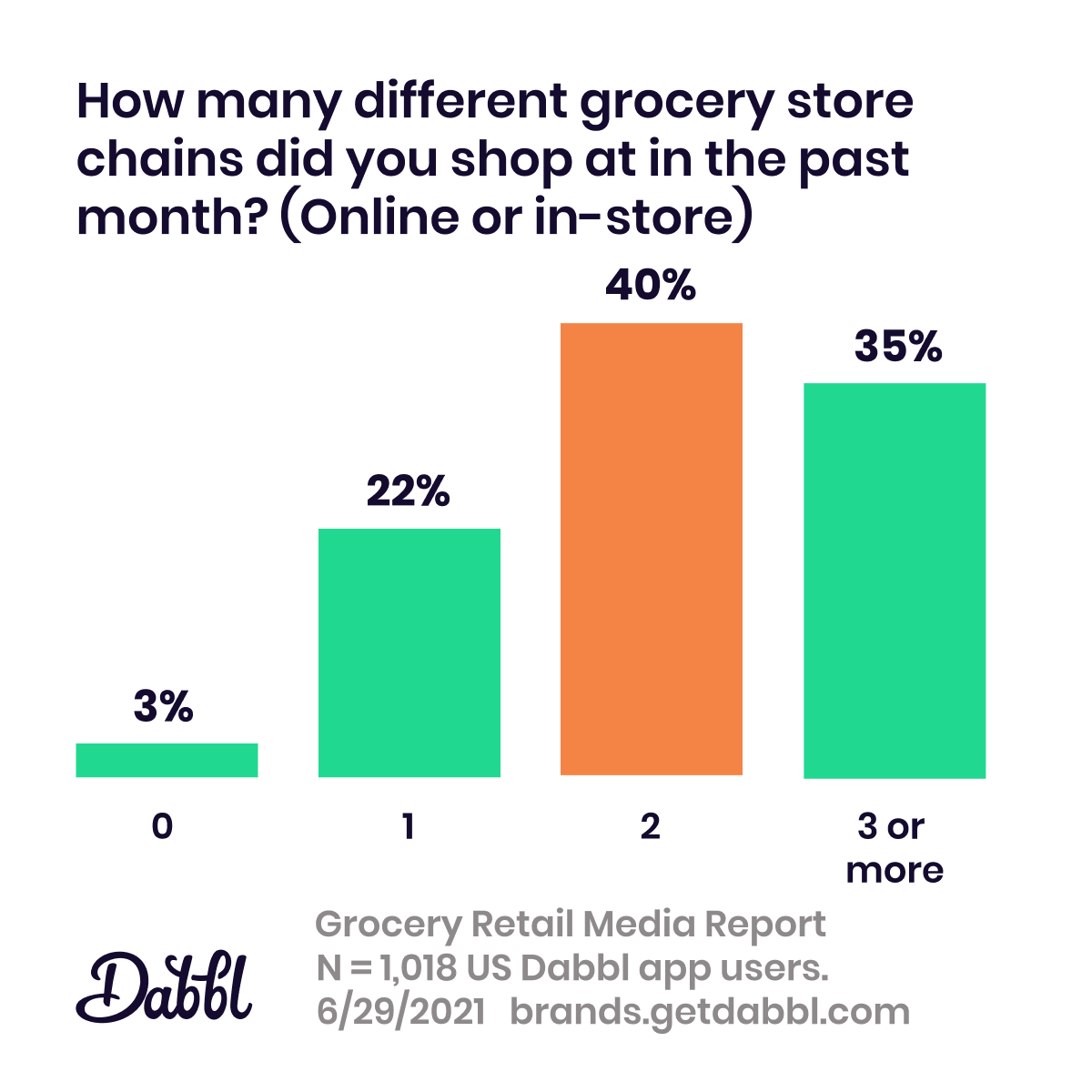 How do consumers use grocers’ digital properties such as their websites and mobile apps? This is where Retail Media advertising lives, after all.

How frequently do consumers use grocers’ digital properties, if they use them at all? 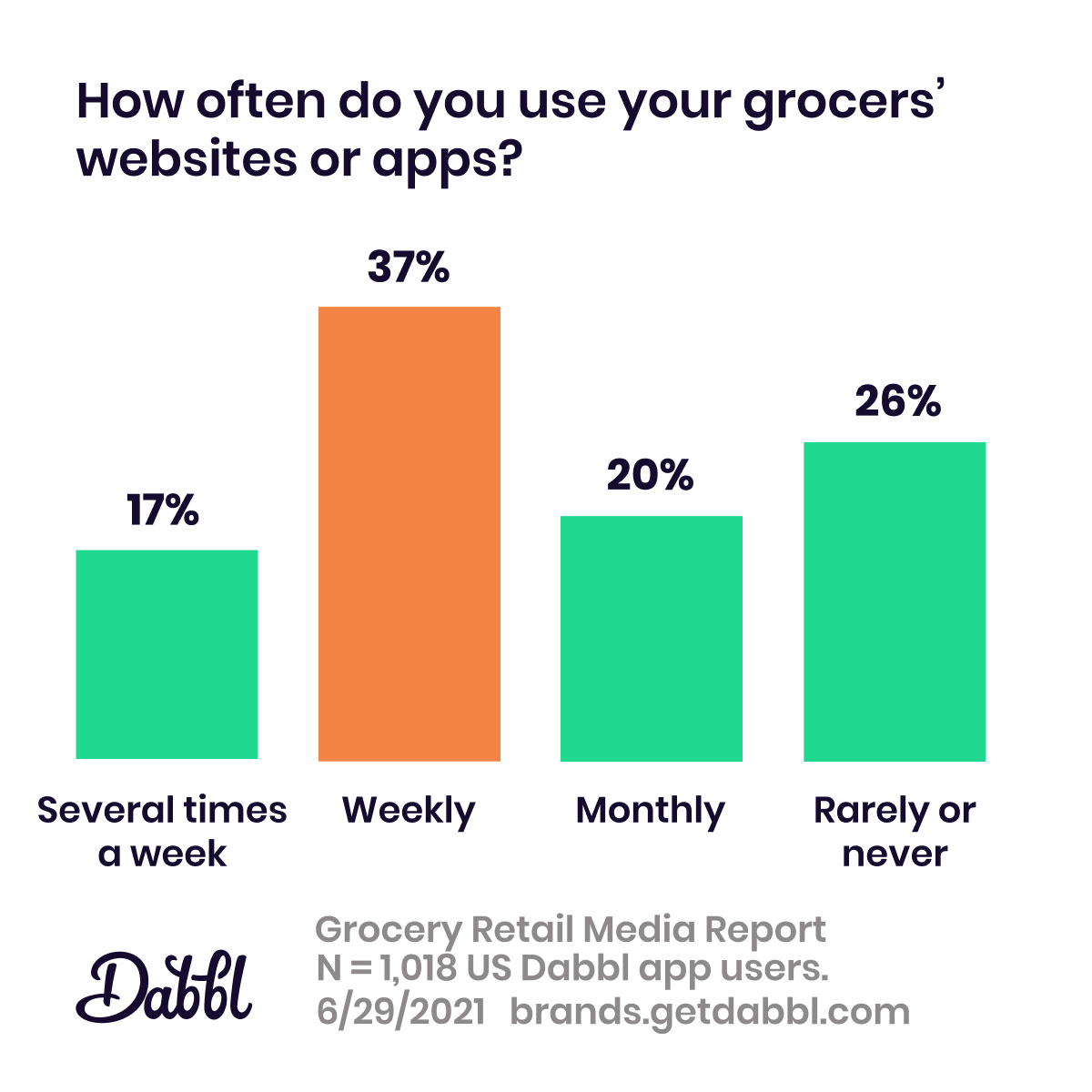 And how do these consumers feel about their grocers’ websites and apps? 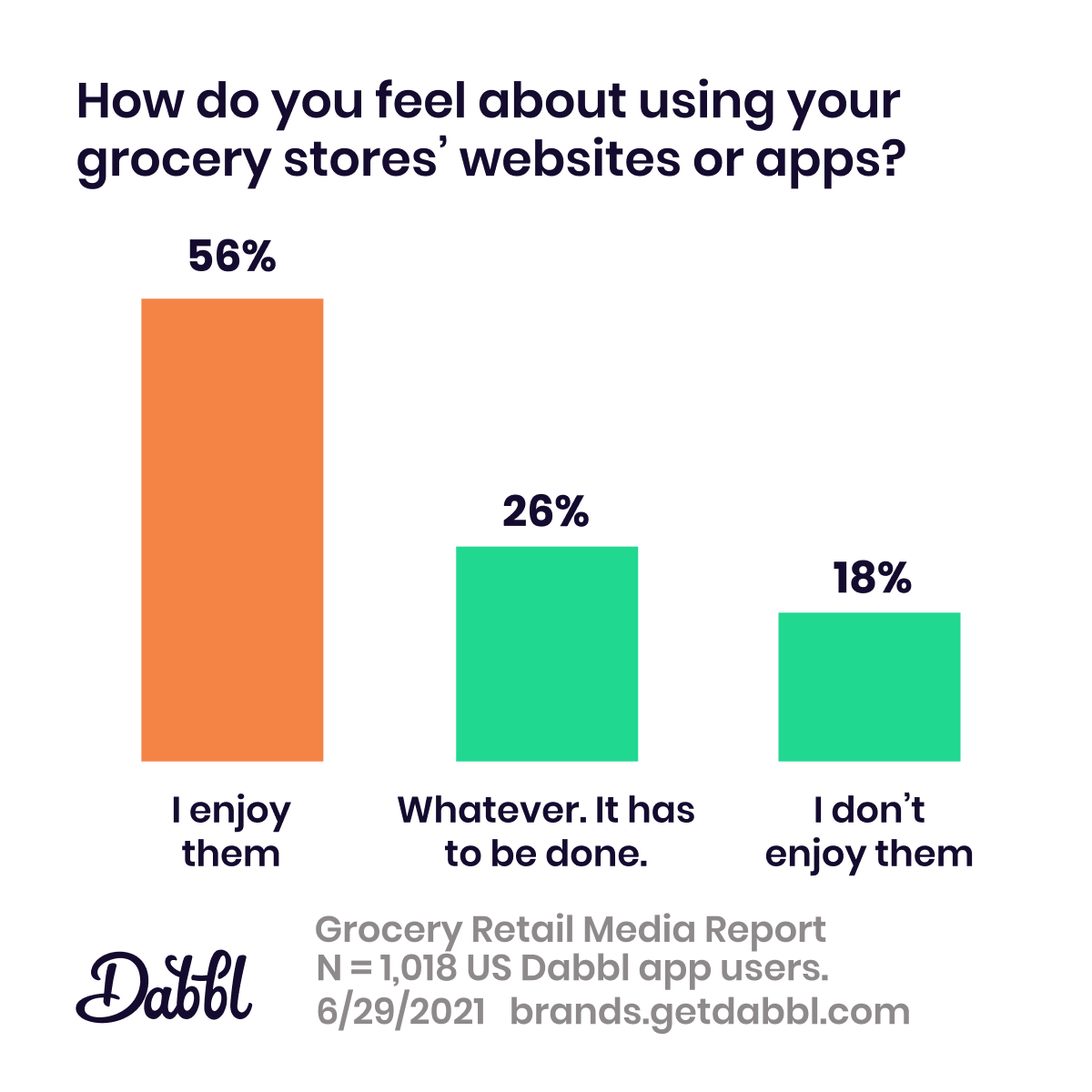 How Consumers Use Grocers’ Digital Properties

And what do US consumers use these grocers’ websites and apps for?

So we looked at consumers’ grocery shopping and use of grocers’ websites and apps above. Now, let’s dive into their awareness of and engagement with Retail Media ads, as well as it’s performance.

How many shoppers recall seeing ads on their grocers’ websites and apps (aka Retail Media ads)?

Half of consumers said they’ve seen ads on their grocers’ websites and apps within the past month. The other half say they haven’t seen ads (21%) or don’t recall seeing them (29%). 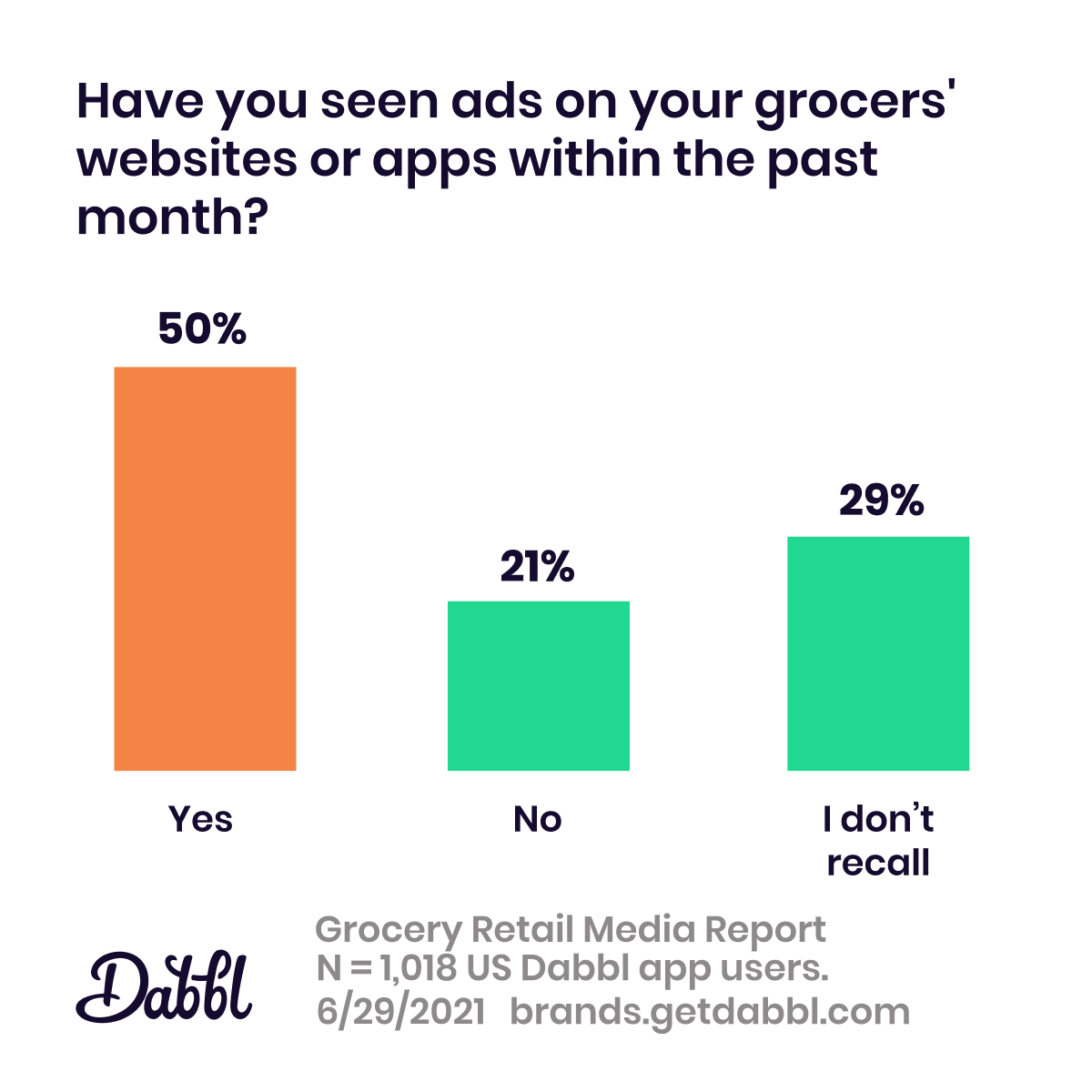 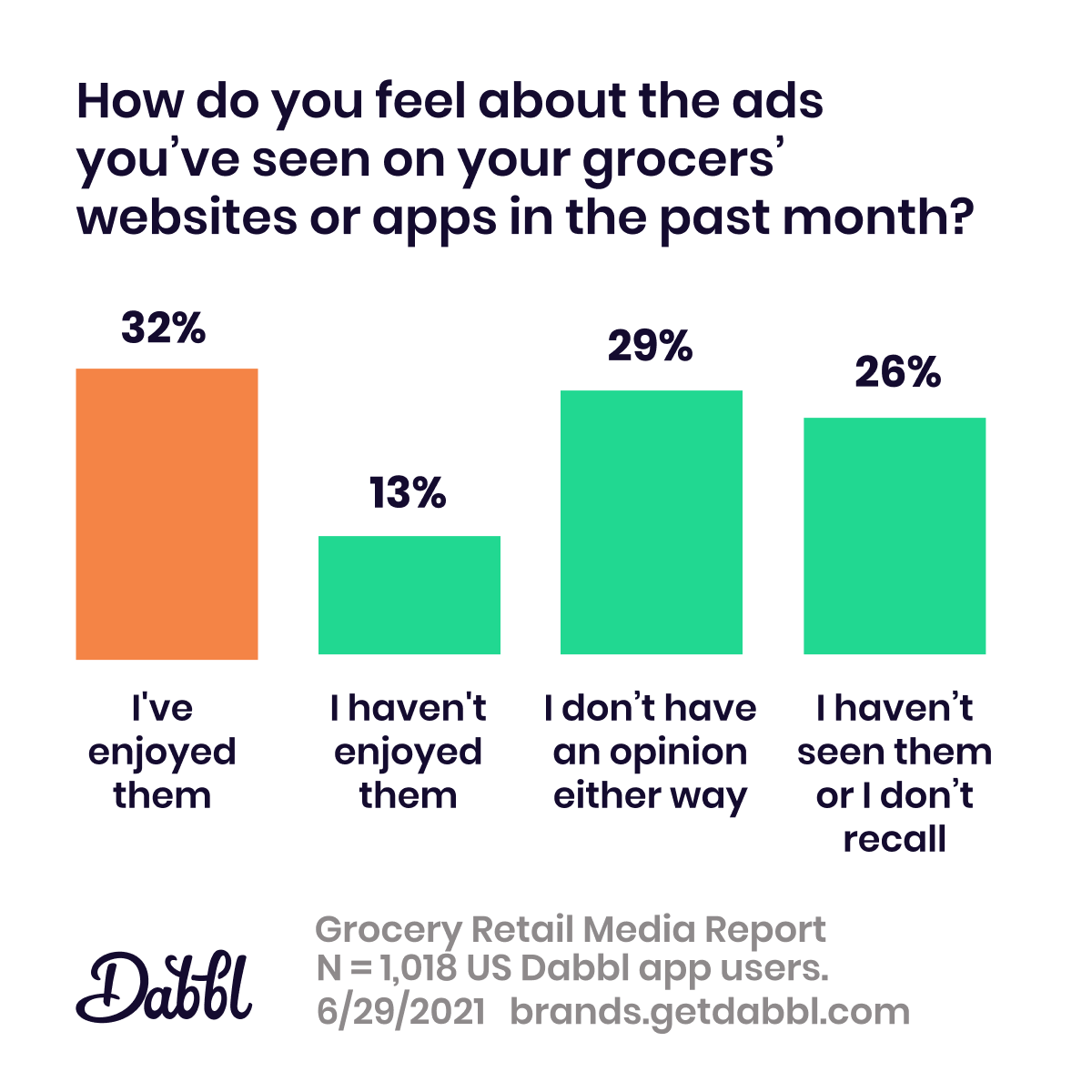 More than a third, 37%, say they have tapped or clicked ads on their grocers’ digital properties within the past month. Four in ten consumers, 40%, say they haven’t. 23% say they don’t recall. 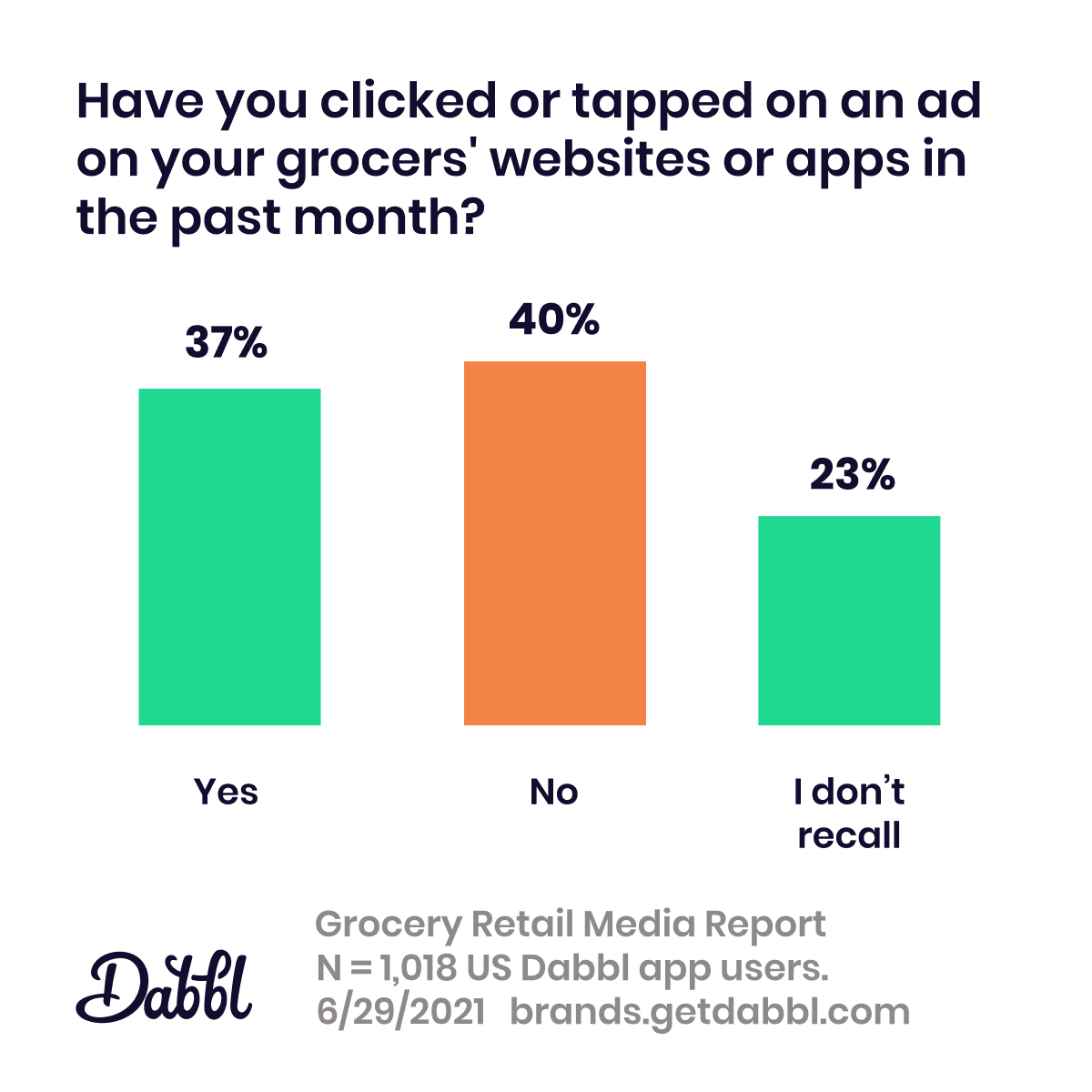 And did these consumers go on to purchase products that were advertised via this retail media channel?

More than half of US consumers, 56%, said they have purchased products they saw advertised on grocers’ websites or apps within the past month, whether they purchased online or purchased later at the store 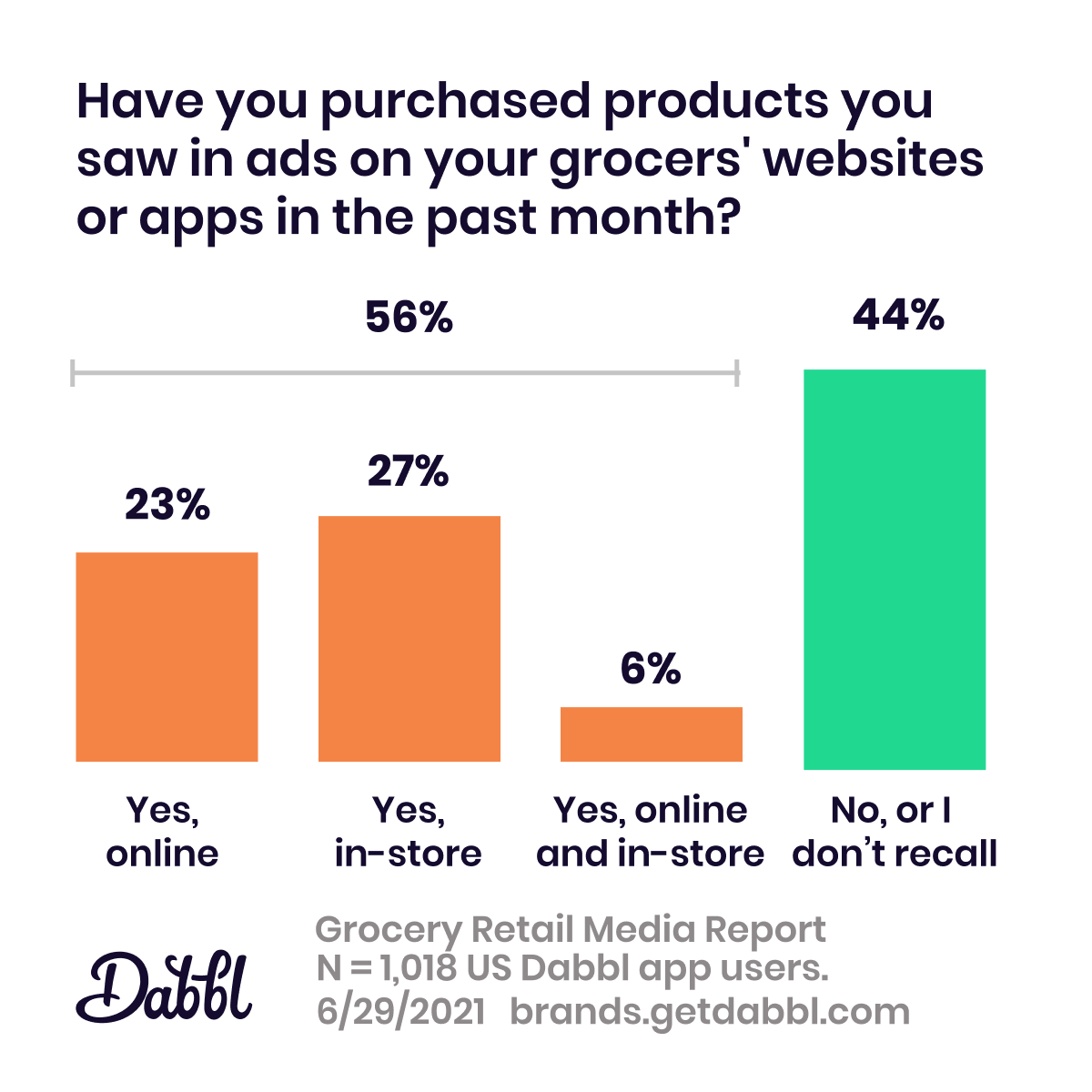 More than half of US consumers, 56%, said they have purchased products they saw advertised on grocers’ websites or apps within the past month, whether they purchased online or purchased later at the store.

44% said they haven’t purchased a retail media advertised product, or they can’t recall. 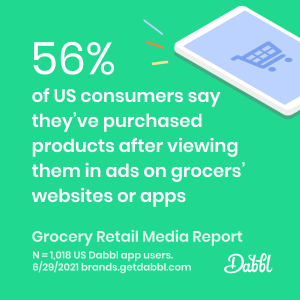 Of those who did purchase retail media-advertised products, how and when did they purchase?

Nearly half of consumers who purchased a retail media-advertised product, 48%, said they purchased the products later, in-store. 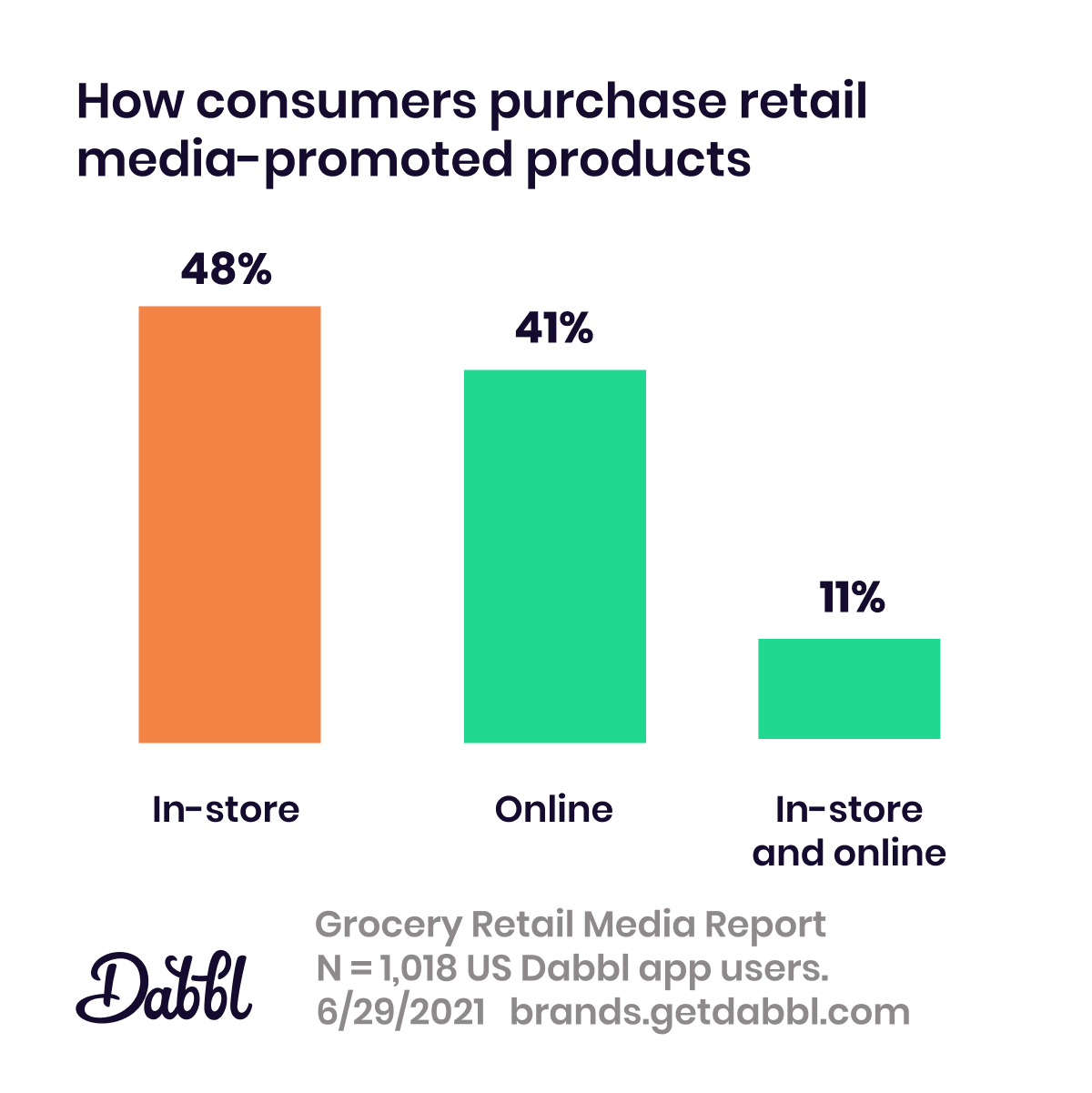 The Segment Most Likely To Purchase Retail Media-Advertised Products

Which groups of consumers are most likely to purchase products they saw advertised via retail media ads?

Among consumers who said they’ve purchased products either in-store or online that they saw advertised on their grocers’ websites or apps within the past month, the most common segments are women, 22 to 34 years old, a homeowner, employed full-time with a household income between $35,000 to $85,000, in a relationship with no children, and prefer shopping in-store over shopping online.

Among the smaller subset of US consumers who do use grocery delivery services, these consumers have a higher likelihood to purchase Retail Media-promoted products.

As stated above, 56% of US consumers say they’ve purchased products they saw advertised on their grocers’ website or apps within the past month. Among just those who use grocery delivery services, that number increased to 80%.

8 in 10 US users of grocery delivery services say they’ve purchased products after seeing them in Retail Media ads within the past month. 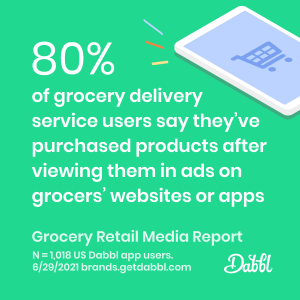 Using grocers’ websites and apps is a fairly frequent — and fairly positive — activity.

Retail Media ad awareness is evenly split between those who recall seeing ads on those digital properties and those who either have not seen those ads or don’t recall. The static banner ad, one of the most common Retail Media ad formats, after all, is not well known for high levels of memorability or engagement.

Consumers are roughly evenly split between a) those who like Retail Media ads, b) those who don’t have a strong opinion and c) those who either don’t like them or don’t recall them.

More than half of US consumers said they have gone on to purchase products they’ve seen via Retail Media advertising. And among these consumers, about half have purchased the promoted products later in the grocers’ stores. A little less than half purchased online.

If you are advertising with retailers, you may want to investigate whether you can measure both in-store and online sales that were influenced by your marketing activity. 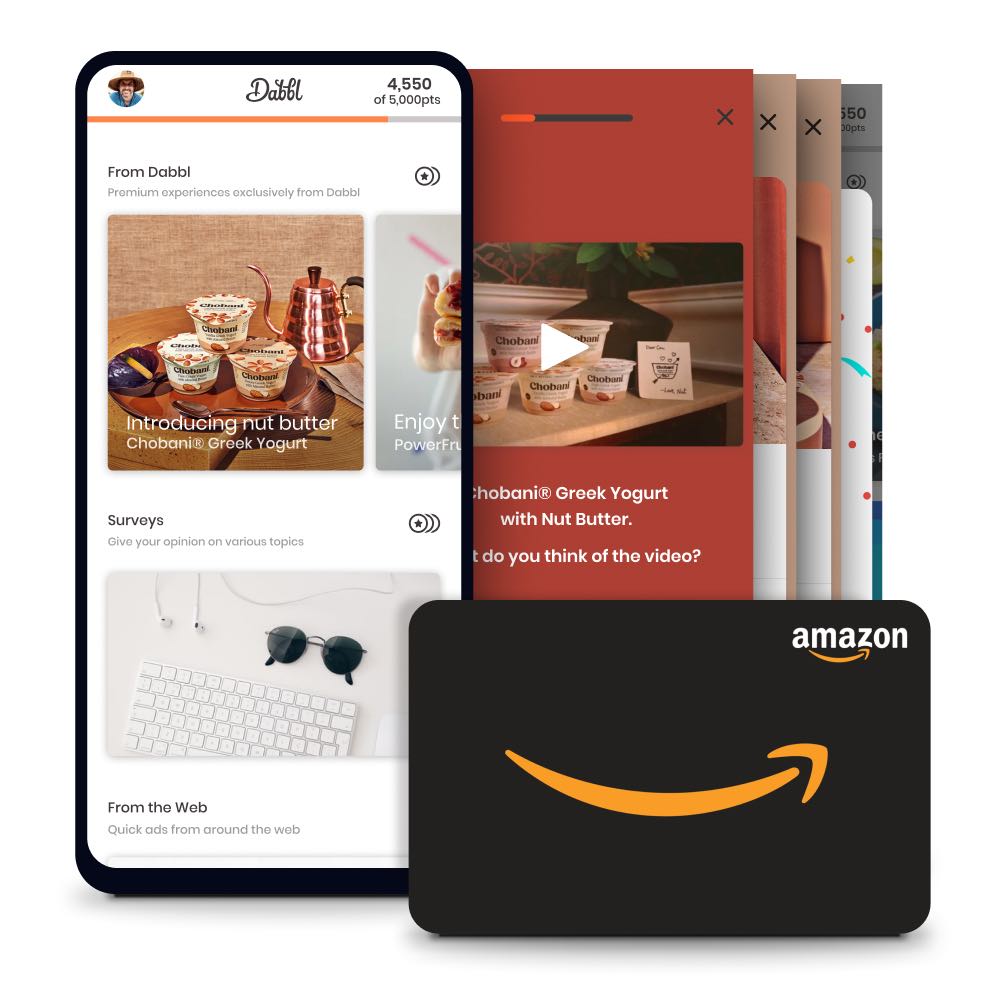